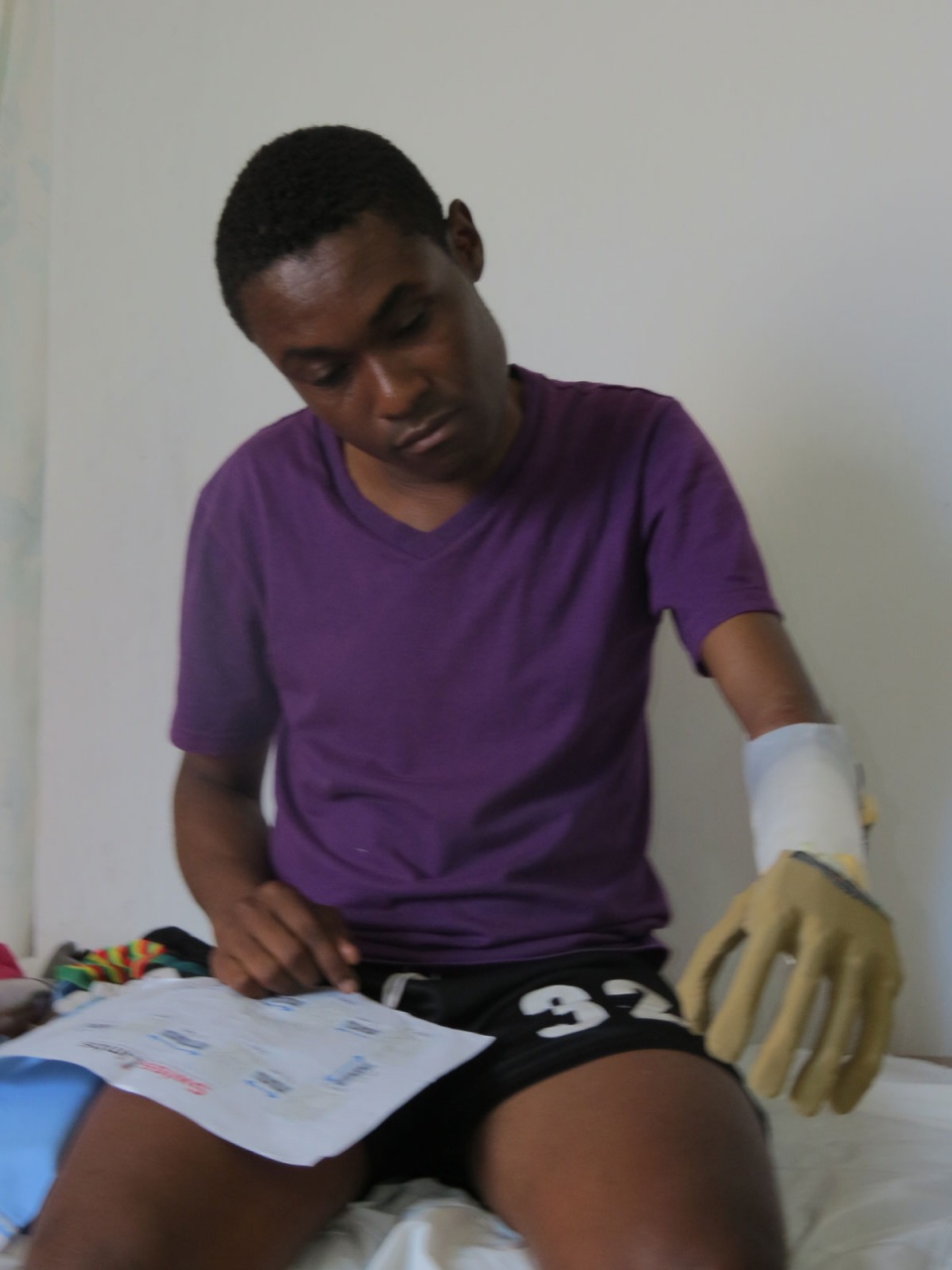 Ali used to be a goalkeeper for “The Negros FC”, a second division football team in Zanzibar. On a sunny afternoon in 2011 he and the team were returning from winning an away-match against Mgheri Hajiwith.

As they were travelling down the Piange Road near the town of Zanzibar, the driver lost control of the speeding vehicle. The mini-bus already with break problems but now all filled with team members flipped over before coming to a halt. Ali being closest to the passenger door, was flung through the open window. He was the only person who sustained severe injuries.

Ali's first memory is seeing his hand trapped in the minibus’ door. The driver shouted for people to gather around and assist in freeing him. Once released Ali saw his wrist was severely wounded.

That night, despite all efforts to save as much of his hand as they could, doctors ended up amputating his hand at the radio level. Ali was discharged 9 days later. Once his wound was sufficiently healed, he was fitted with a mechanical prosthesis later that year but it broke after a few years of constant use.
Before the accident, Ali was studying to become a plumber. The loss of his arm also drastically reduced his chances of getting a job and completing his studies in this field. With a heavy heart, Ali began to adapt to his new identity as a 'disabled' person.

His new myoelectric hand prosthesis has made him very happy because it has increased the number of activities he can perform, like riding his bike, carrying out small repair jobs but most of all it allows him a much higher level of independence. With his new prosthesis, he hopes to get a job and build his own grocery shop.