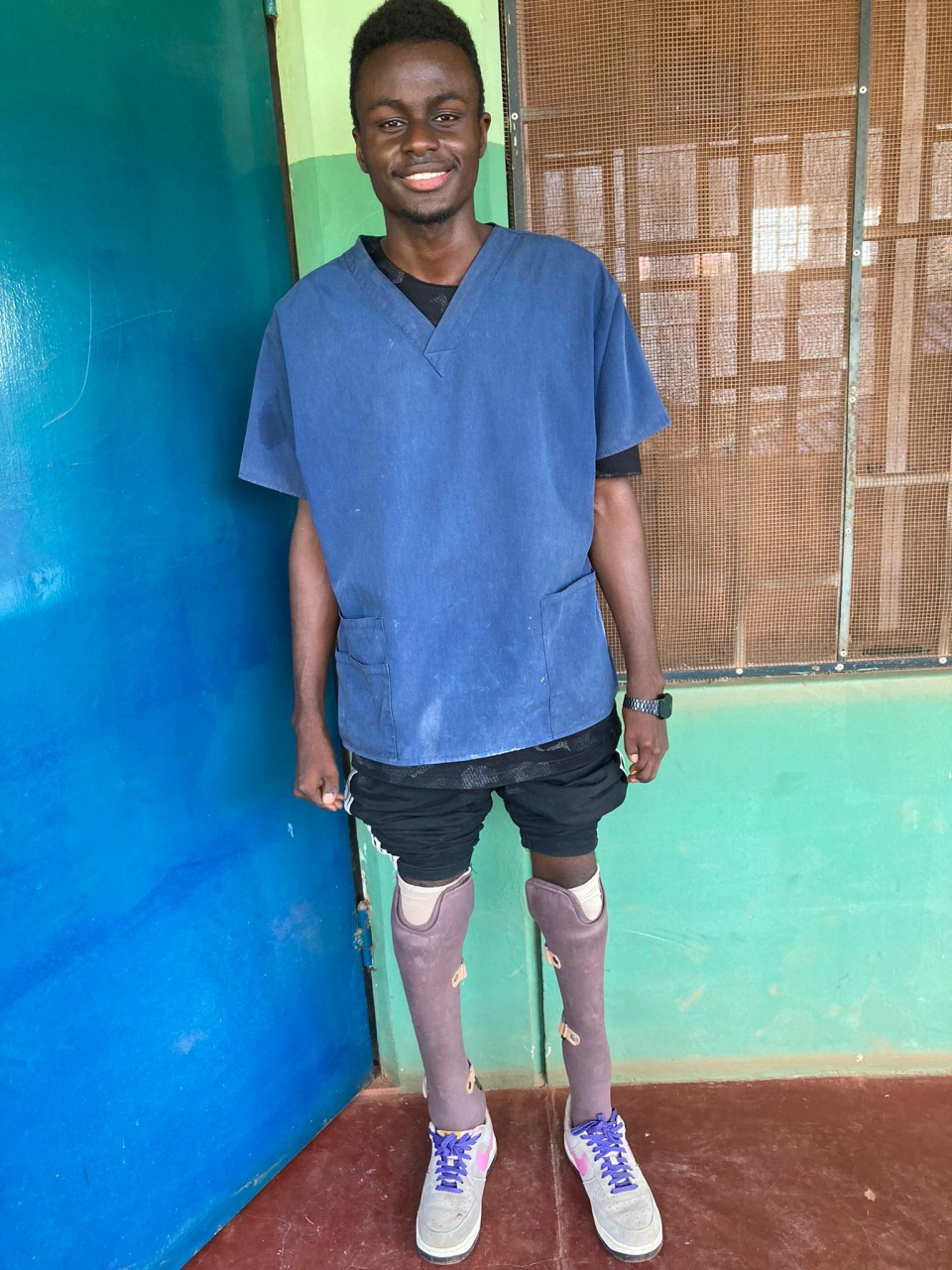 Mamadu Baldé is 19 years old and currently studies and works as aid in ortho-proshesis at the Centro de Reabilitação Motora in Bissau, Guinea-Bissau.
He was born in 2002 in Tabatò, a small village in the Bafatà region, 150 km from Bissau, the country's capital. His father abandoned him and his mom while he was young. Mamadu was born without legs and his hands are deformed. Early on his grandmother realised that Mamadu’s would need to live closer to Bissau if he was to benefit from the medical help he could get there. And so, he and his mother went to live with a friend of his grandmother who became known to him as ‘Ne Idiatu’ (mother). In fact, she was like a second mother to him, caring for his being and education. It was she who taught him that he is no different to any other child, nor do his deformities devalue him as a person. It is for this reason he has a strong sense of self-confidence.
As a child Mamadu would watch the other children play football. He was passionate about the game, his idol was Manuel Neuer, the goalkeeper on Germany’s national team. One day his teammates invited him to be the goalkeeper and despite having no legs, did so without hesitation. When he was about 9 years old, he was noticed by the technicians of the Centro de Reabilitação Motora, who urged him to go to the centre for help. At first Mamadu feared they wanted to cut off what was left of his legs, but the technicians persisted with him and went to Mrs. Idiatu, who in turn convinced him to go to the centre to be fitted for prosthetics. Né Idiatu cried the first time she saw Mamadu staning with his prosthetics. She could hardly believe that the child she had always considered her own could walk. On the other hand, Mamadu's happiness was irrepressible!
At 15 he began playing wheelchair basketball, a sport he still practises every weekend. He plans to graduate high school in June 2022. In March 2021 Joaozinho Indi offered him a part time job at the rehabilitation centre. Mamadu feel honored to work at the centre and takes his salary home to Ne Idiatu to help with the costs of the house and his schooling. He is positive, courageous and ambitious person and dreams of studying international relations and having a family.
<< Back