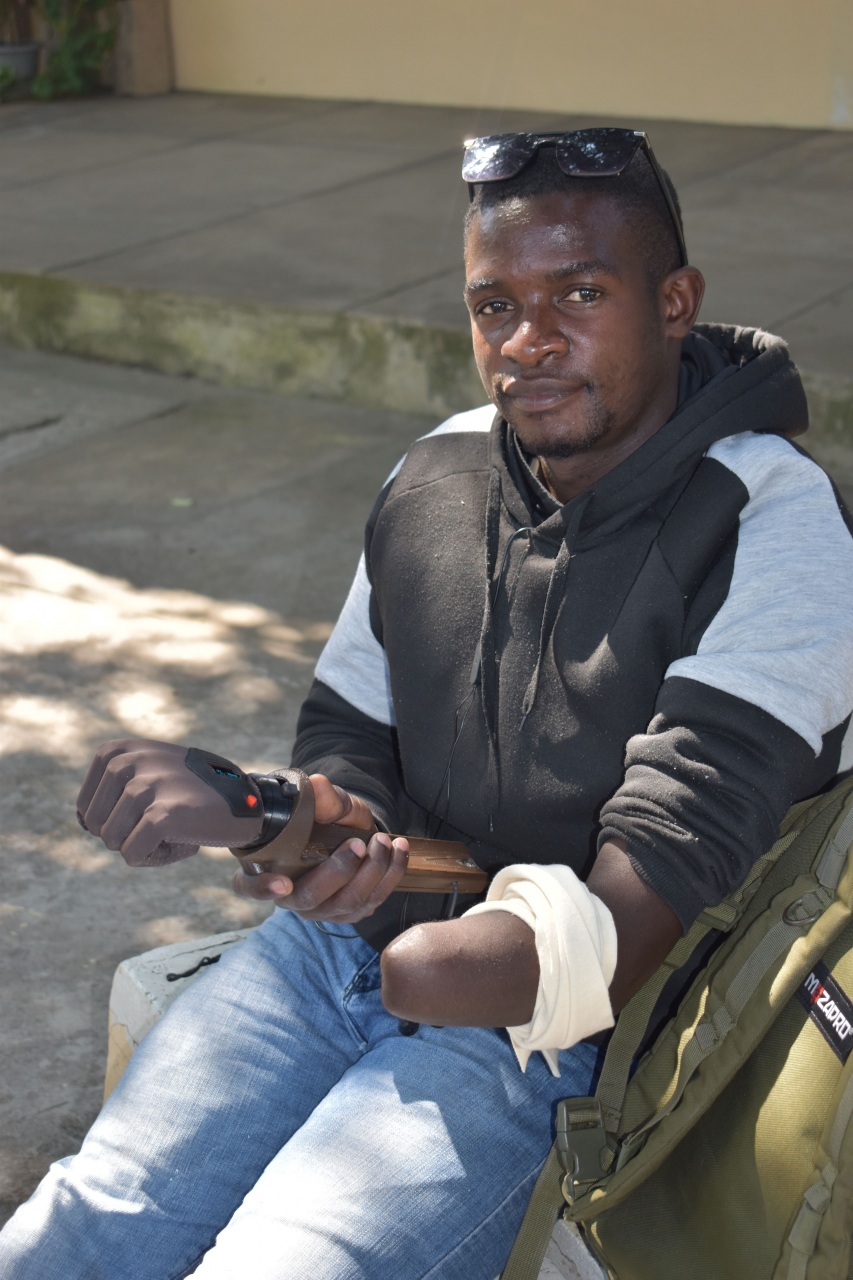 Paulo is a police inspector in the capitol city of Mozambique. He is married and a father of three children.
In January 2021, at the end of a police drill, a colleague of his mistakenly tampered with the ignition ring of a hand grenade before returning it to the arsenal. The movements caused by the return of the other weapons triggered the grenade, which exploded in close proximity to Paulo and his other colleagues. One policeman died instantly; many others were wounded while Paulo lost three fingers of his left hand but the doctors decided to amputate his entire hand.
Paulo stayed in the hospital for two weeks after the amputation but returned a month later due to a blood clot. As a beneficiary patient during the SwissLimbs training in Mozambique, Paulo received a myo-electric hand, the first prosthesis of his life. He is convinced that this prosthesis will improve all aspects of his life, from doing administrative work in the police, to playing with children and driving a car.
<< Back