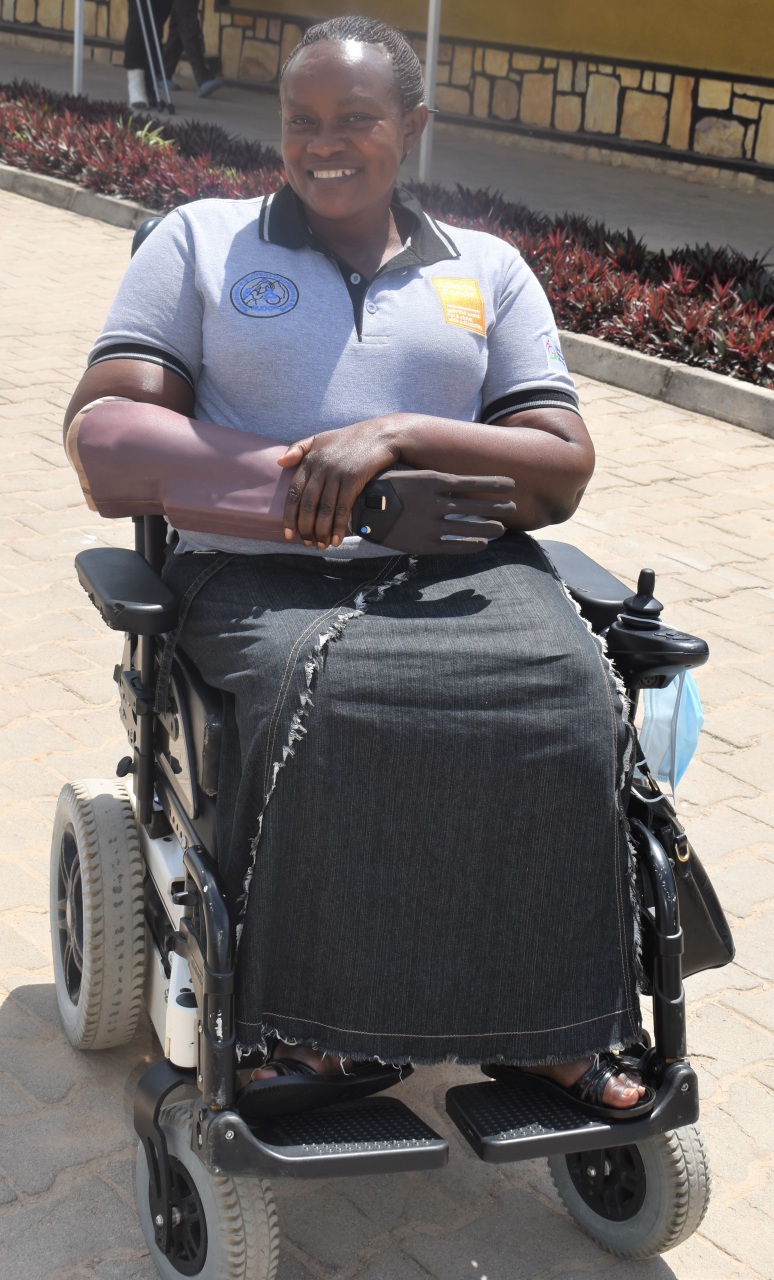 The SwissLimbs team met Sharon at the HVP Gatagara Rehabilitation Hospital, as she works in the administration of the centre. Sharon was not initially planned as a beneficiary of the May 2021 mission, but after getting to know her, the SwissLimbs team decided to lend her a hand. Sharon's story is very sad, but she is a kind woman with a smile on her face.
When she was only 5 years old, Sharon contracted polio, which forced her into a wheelchair and caused her to lose the use of both legs. Unfortunately, Sharon continued to have bad luck and in 2005 she was involved in a car accident, which resulted in the amputation of her right hand. Sharon is a mother of 4 children and prior to the SwissLimbs mission she had another prosthesis, but did not use it as it was not symmetrical and therefore not functional. She now has a transradial prosthesis with a myoelectric hand.
<< Back