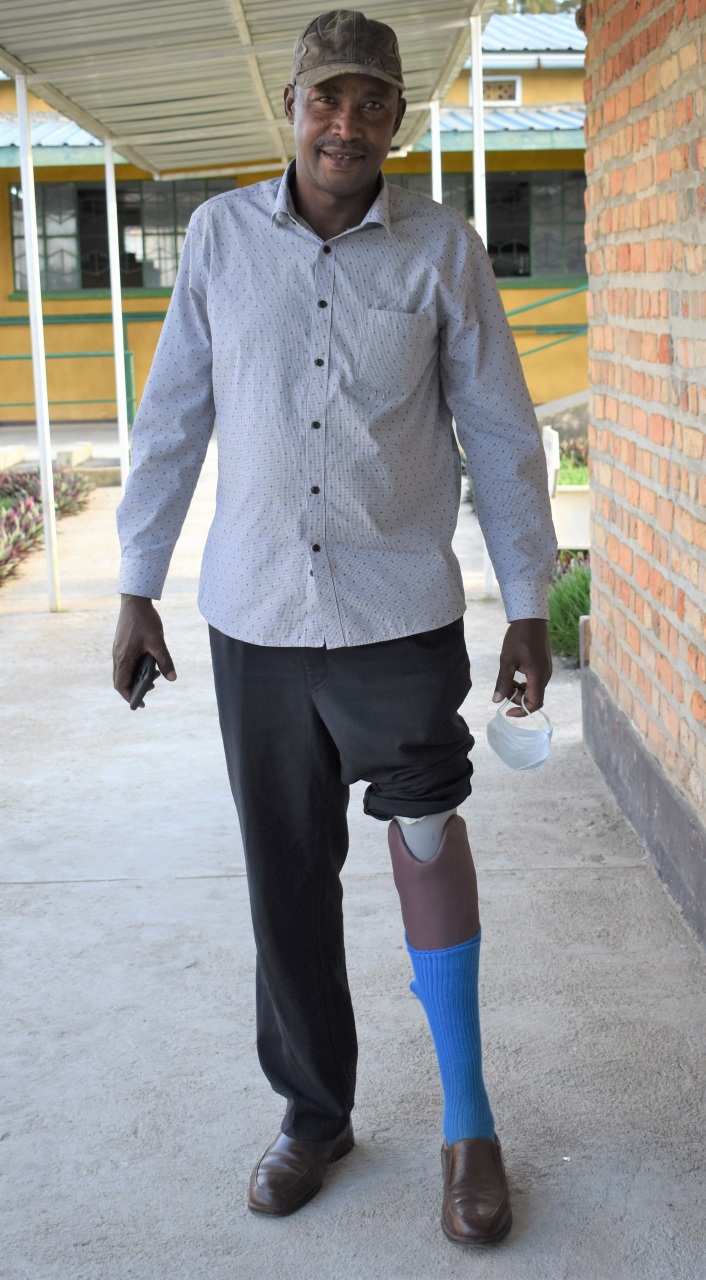 In 1993, while serving Rwanda as a soldier, Patrick unfortunately stepped on a landmine. After the explosion, his left leg was practically disintegrated below the knee. Transport to hospital was complicated because he and his fellow soldiers were in a bush far from any city. Once he arrived at the hospital, the doctors had no choice but to amputate what was left of his leg.
Patrick is now the father of seven children and grandfather of a first grandchild, has a state pension and - despite the amputation - lives a normal life. He has already had five prostheses in his life and during the SwissLimbs mission in May 2021 in Rwanda he received a new prosthesis, manufactured using Amparo technology.
<< Back