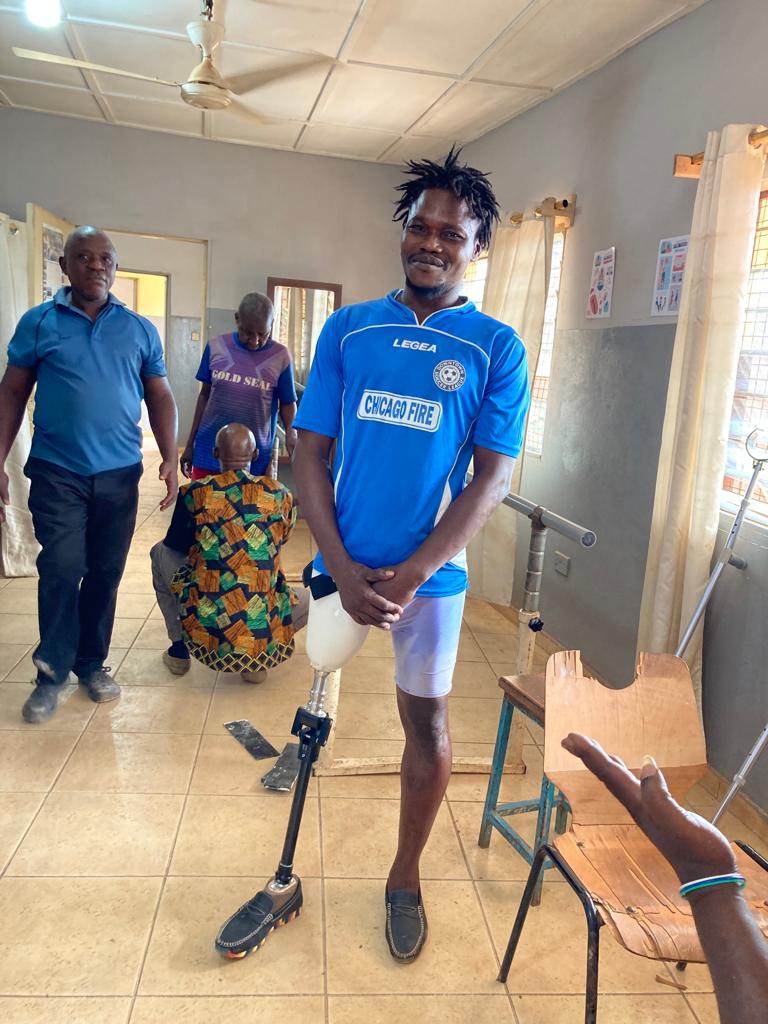 In 1998, the village Ebenezer lived in was invaded by a group of rebels who were in conflict with Sierra Loeone’s government regime. The rebels began shooting at homes and people, who fled to the surrounding jungle. Although Ebenzer also tried to flee to safety with his family, he was hit in his right leg by stray bullets leaving him badly wounded. Both his grandparents and 2 brothers were also killed in the attack.  Reluctantly his family abandoned him in order to save themselves leaving him screaming in pain before he lost consciousness 3-4 hours later.
He awoke in the hospital after he had undergone numerous blood transfusions as he almost bled out while unconscious. Attempts to save his life meant that his right leg had been amputated above the knee. Unfortunately the bullet wound was seriously damaging and as is common in such wartime cases, amputation is an accepted medical practice.

Since the age of 20, Ebenezerhas been a transfemoral amputee yet has never been fitted with a prosthetic. He lives alone and has a small stall where he sells cigarettes, oil, vegetables and various other merchandise, which allows him to sustain himself. Ebenezer is also a team member of the SLASA (Single Leg Amputee Sport Association) football team, playing in the attack position.


Thanks to the SwissLimbs mission to Sierra Leone in May 2021, Ebenezer will receive his first transfemoral prosthetic and so regain a mobility independent of walking devices.